Small World school, located in Johannesburg South Africa, is an innovative pre-school that uses drama and play to teach kids about environmental education, languages and much more.

Mike Jervis, one of the founders of the Dung Beetle Project and wife Laura sent their six – year-old Erin to this sprawling re-purposed suburban house under the trees of Johannesburg’s Greenside area.

The kids gathered around the Dung Beetle stage to eagerly learn from Mike about how they could be Beetle helpers, collecting the right plastic at home so it doesn’t end up polluting the environment. “The Beetle eats plastic numbers 2, 4, 5 and 6.” Mike explained by slowly showing the numbers on his hands and had the kids repeat after him. “I like the Beetle because it chews plastic”, Erin stated excitedly before running off with her friends. 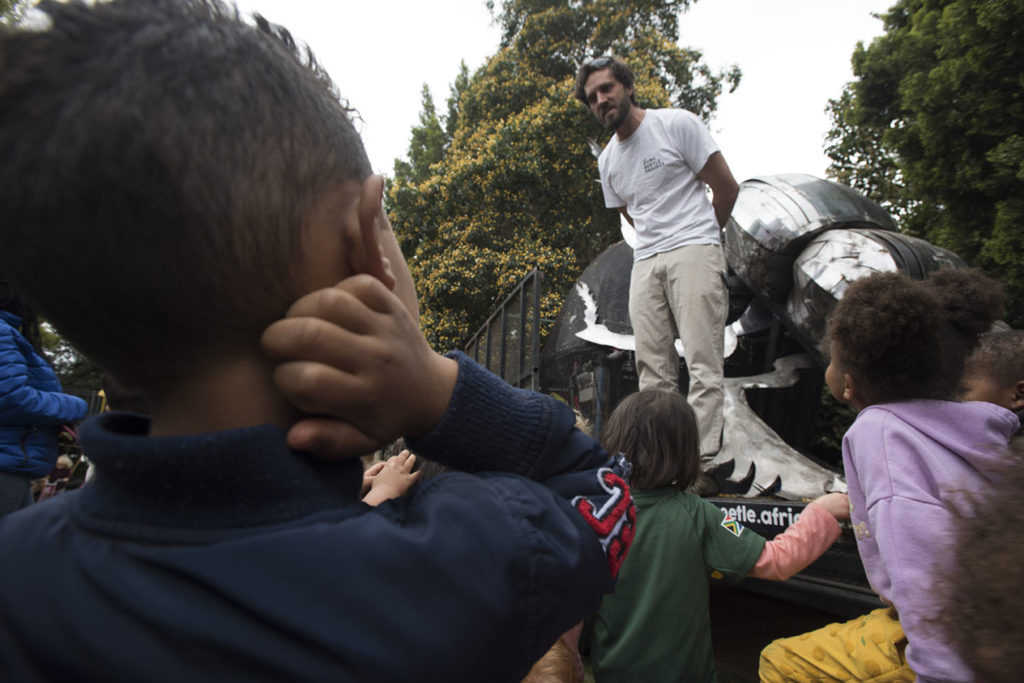 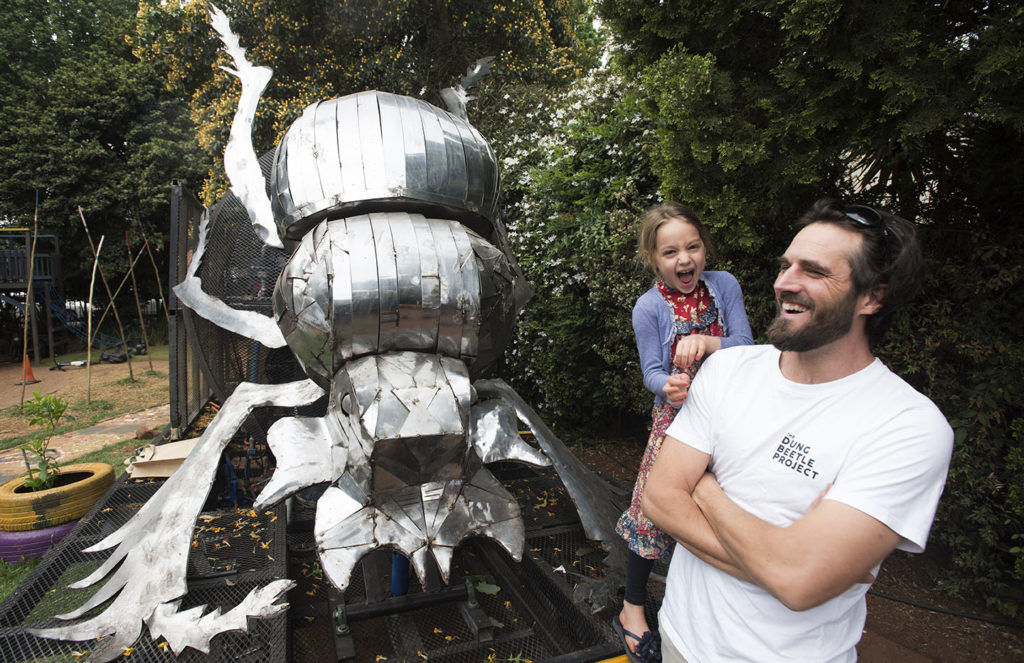 The school uses the Reggio Emilia-inspired approach to teach kids aged 2-6 years old. According to the Scots College in Sydney Australia, the teaching system “is an innovative and inspiring approach to early childhood education, which values the child as strong, capable and resilient; rich with wonder and knowledge.” This system taps into the innate curiosity of children and drives a hands-on approach to learn through questioning and experience.

At Small World kids do lots of different activities, like drawing pictures to show how trees talk to each other or even pictures of them talking to nature directly.  They also learn to speak some of the twelve official languages in this country of 45 million people, all while helping develop their own curriculum in their own language.

Circled around the beetle, the kids were rapt by how they could be part of the plastic pollution solution by becoming aware of the ways that plastic could either be reused or given a suitable end in the belly of our recycled steel machine.

The following day, some of the kids dragged their parents to our event on the streets of Johannesburg’s arty Melville area, where the stage had been set up for the Afrikaburn-supported Streetopia event. In their hands were bags of plastic, dug out of their own trash, ready to feed the Beetle. The plastic they brought? Numbers 2, 4, 5 and 6.

Learn more about Small World school here and the types of plastic eaten by the Beetle in our handy “What The Plastic?” guide. Find the guide here. 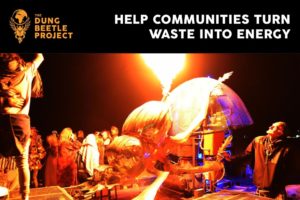